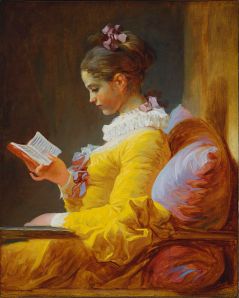 I’ve had books for sale on Amazon for more than a year-and-a-half now and have had the good fortune to rack up quite a few reviews, mostly 4 and 5 stars but a few stinkers. I know there are some writers who claim not to read their reviews, but I’m not one of them. I have come to embrace the idea that readers are the new gatekeepers of the literary world–not so much agents any more–and I want to see what my readers think. Even when what they think isn’t so nice.

When I got my first negative review (and it wasn’t entirely negative, mind you), I was incensed because the reviewer made some personal comments about me and what she perceived were my politics based on some characters in my book. I talked to people, who calmed me down, and started developing a new layer of the thick skin I used to count on when waiting for agents’ rejection letters.

And then that review was followed by lots of positive ones, so I felt better again. The balance in my world had been restored.

The negative review, I’ve often found, is motivated by some specific thing that let the reader down. I’ve had readers comment negatively on the lack of science in my time travel novel and the reliance on tropes having to do with virtual reality in Strictly Analog. In those cases, there was something in the books that took the readers out of the plot, caused their suspension of disbelief to falter, and they had a negative reading experience. It wasn’t just that they didn’t “get it”–in fact, they didn’t enjoy it. My fault? No. Just a poor match between reader and book.

It’s easy to write off those negative reviews and bask in the positive ones, but in many cases I’ve found there’s also some bias in the good reviews–a book clicks with a reader because it reminds him/her of events or places or people the reader is fond of; or because the reader was amused or aroused or intrigued or curious. The reader was able to suspend disbelief and was taken to another world populated by characters the reader could care about. Mission accomplished. Does that make me a genius? No. My book found its audience; that’s all.

Of course, if a writer is getting reviews that complain about typos and poor editing, holes in the plot, character inconsistency, lack of interest, a dud ending, etc. then it’s time for that writer to pull the book and hire an editor. Fortunately, I haven’t had any reviews like that, but I would argue that even those can be useful for writers, showing them their shortcomings and motivating them to improve.

I recently ran across a negative review of Strictly Analog on a blog (and was grateful that the blogger opted not to post the review to Amazon) in which the reviewer criticized the handling of technology in the book, arguing that some of it was inconsistent with the other tech in the novel and that there was far too much time spent explaining the technology rather than developing plot and character. Rather than being a knee-jerk complaint based on the reader’s biases, this was actually an intelligent, thoughtful, well-reasoned critique that gave me a lot to think about. The bottom line was still that this reader, I suppose because of his own techie knowledge and lots more reading in the genre, couldn’t suspend disbelief, kept being taken out of the world of the novel, but I was still able to learn something from the review.

Ideally, that should be the function that reviews perform for writers. They may or may not affect sales: most people tend to look only at the overall star rating and maybe read the first one or two reviews, never getting down to the real stinkers. But for the writer, it can be helpful to try reading between the lines of those reviews, to look for the places where a book failed a reader as well as the places where a book grabbed a reader and wouldn’t let go. That’s what we want to do, after all. And it’s good for writers to know how close they’re getting to the mark.

At the same time, it’s important not to be misled by the gushing praise. That may be as biased and knee-jerk as the barbs.

We need to look for the reasoned, analytical, and carefully considered reviews. Those are the ones most likely to shed some real light on how a book is doing. The rest, treat with interest, but not as weighty deciders of one’s fate.

So…I wonder about other writers: do you take it personally when your work gets a thumbs-down? And as a reader, what sorts of things prompt you to write and post a review?

16 thoughts on “Getting Some Perspective on Bad (and Good) Reviews”